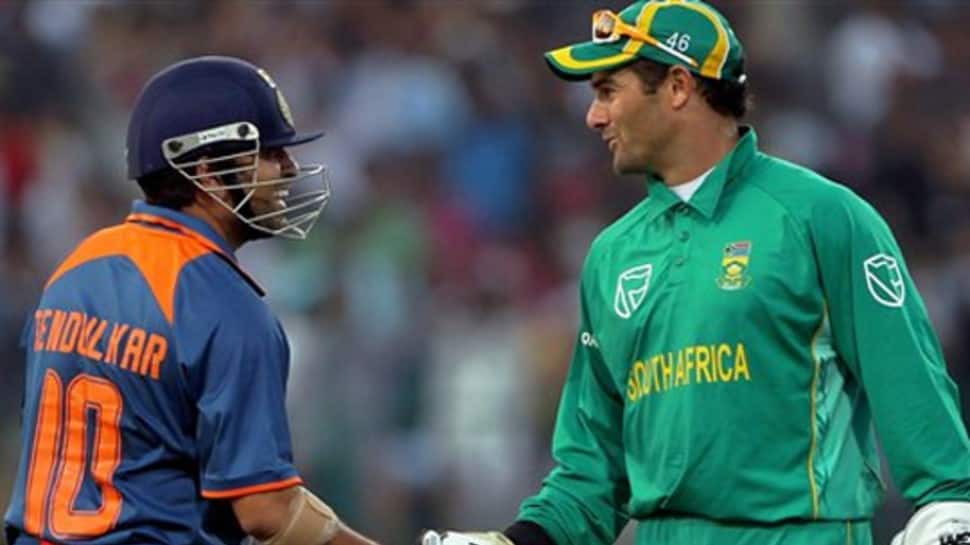 Almost a little over a decade ago, India batting legend Sachin Tendulkar set a new standard for youngsters to come as he became the first male cricketer to smash a double century in the 50-over format. Sachin’s incredible feat came against South Africa at the Captain Roop Singh Stadium in Gwalior.

Sachin, who came to open the innings with Virender Sehwag, remained unbeaten on 200 from 147 balls as his feat saw India post a gigantic 401/3 on the board. Tendulkar finished the innings with 25 fours and three maximums as he found great support from former India skipper MS Dhoni, who enjoyed the proceedings from arguably the best seat in the house. Dhoni had then also completed the innings unbeaten on 68 from 35 deliveries as India eventually won the contest by 153 runs.

#OnThisDay in 2010, the legendary @sachin_rt became the first batsman to score a double hundred in the ODIs.  #TeamIndia

To watch that special knock from the Master Blaster, click here  https://t.co/DbYjKtJhi6 pic.twitter.com/5ie2RqDcI7

Australian cricketer Belinda Clark was the first to score an ODI double hundred way back in 1997 in a women’s World Cup match against Denmark.

Before this innings, Zimbabwe’s Charles Coventry held the record for the highest score in men’s ODI cricket after his unbeaten on 194 against Bangladesh in 2009.

However, since Tendulkar’s double-century, five more batsmen have breached the 200-run mark in the 50-over-format, with current India opener Rohit Sharma accomplishing the feat on three different occasions. The right-handed batsman also holds the record for the highest individual score in men’s ODIs (264, against Sri Lanka in 2014).

Virender Sehwag, New Zealand’s Martin Guptill, West Indies’ Chris Gayle and Pakistan’s Fakhar Zaman are the other cricketers, who have crossed the 200-run mark so far.

Sachin drew curtains on his cricketing career after becoming the most prolific batsman in the history of the sport. He holds the record for most runs in ODIs (18,426) and Tests (15,921) and is also the only batsman to have 100 international centuries (51 in Tests, 49 in ODIs) under his name.