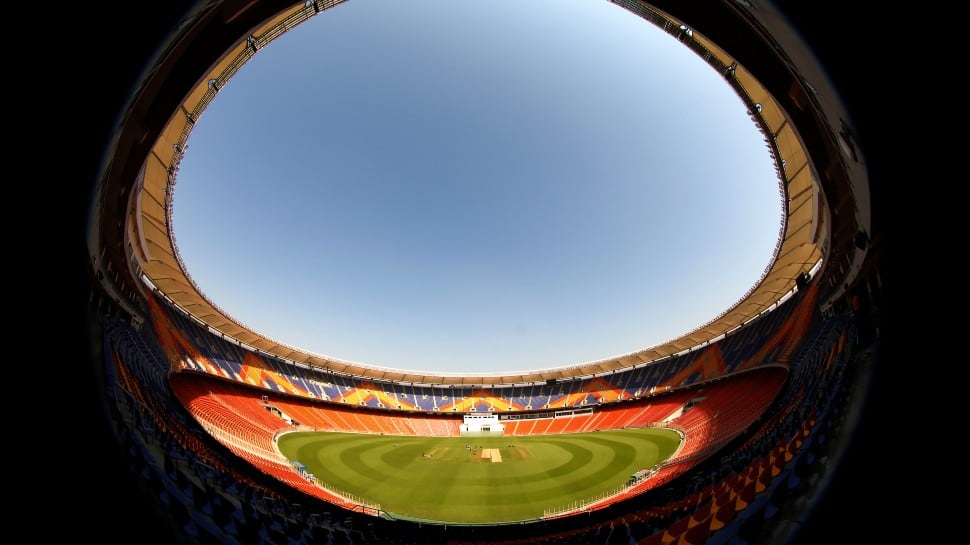 The Board of Control for Cricket in India (BCCI) president Sourav Ganguly on Wednesday (February 24) said he will miss being at the Motera Stadium – the venue of the third Test between India and England. Motera Stadium which will be hosting the day-night Test between India and England which is set to begin on Wednesday (February 24). The Motera is now the world’s largest cricket stadium with a capacity of 1,10,000 spectators.

“Will miss being at the stadium today… what an effort it must have been to create this… pink test was our dream and it’s going be the 2nd one in India. hope to see full stands like last time. Under the leadership of Honble (sic) Prime minister @narendramodi Amit Shah @AmitShah..,” Ganguly tweeted.

Will miss being at the stadium today ..what an effort it must have been to create this ..pink test was our dream and it’s going be the 2nd one in india.hope to see full stands like last time. Under the leadership of Honble Prime minister @narendramodi Amit Shah @AmitShah .. pic.twitter.com/za7vdYHTN0

While most cricket grounds are built round in shape, the Motera Stadium in Ahmedabad is oval. And the reason behind that is to ensure that the size of the boundary remains the same irrespective of the pitch on which a match is being played.

There are a total of 11 pitches on the ground – six are of red soil and five of black soil. After thrashing England in the second Test in Chennai, the Virat Kohli-led Indian team will look to keep the winning momentum going when they take the field in the Pink-ball Test. India needs to win the ongoing series by at least a margin of 2-1 to make the finals of the WTC, but if the side loses another game, Kohli and boys will be out of the World Test Championships (WTC) contention.

England have to win both the remaining matches to qualify for the WTC finals and if the series ends in a 1-1 or 2-2 draw, then Australia would make the finals of the WTC. Earlier, Ganguly underwent angioplasty, and stents were inserted in the coronary arteries. Having undergone angioplasty in the first week of January, Ganguly headed to the Apollo Hospital again on January 27 and was released on January 31 after the second round of angioplasty.

On January 2, Ganguly was admitted to Woodlands Hospital after he had complained of chest pain. He had an angioplasty done and spent about five days in the hospital before being discharged on January 7.

After getting discharged, the former Indian skipper had thanked the medical team of Woodlands Hospital for looking after him and doing the needful procedures. “I thank the doctors at the hospital for the treatment. I am absolutely fine. Hopefully, I will be ready to fly soon,” Ganguly had told reporters.