India vs England 2021: Virat Kohli Shares How To Adjust With Pink Ball For Day-Night Test Matches 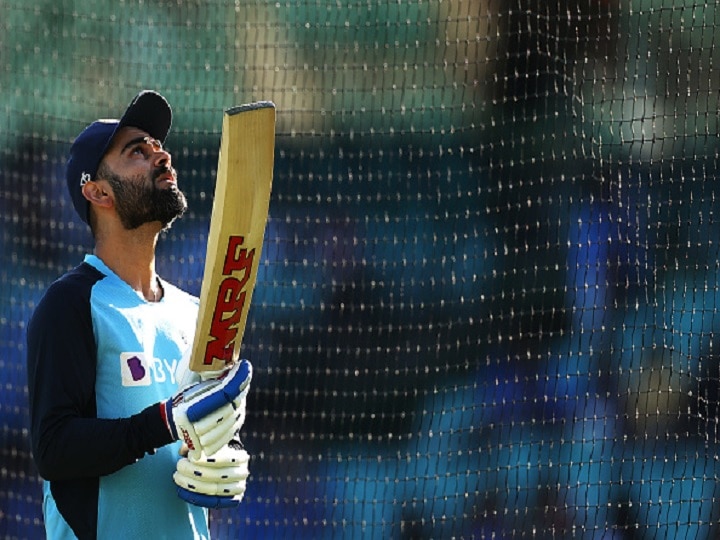 Kolkata: The Indian cricket team would look to keep the winning momentum going as they face England in the largest stadium of the world, Motera, in Ahmedabad in the third test of the series. And more significantly, the test match is a day and night affair, to be played with pink ball. Indian cricketers have not much experience of playing test matches with pink ball under lights and that’s why this match is going to be very crucial. ALSO READ | IND Vs ENG 3rd Test: Ahead Of Motera Test, Virat Kohli Feels England Has ‘Many Weaknesses’

Virat Kohli and brigade have played only one day-night test match at home so far. That match was played against Bangladesh at the iconic Eden Gardens in Kolkata and India won that match with an innings and 46 runs.

Ahead of the third test match, Virat Kohli shared his views with ABP LIVE Bengali on how to tackle challenges of playing in such circumstances. What are the adjustments the cricketers should make for playing day and night test matches with pink ball? In reply to a question asked by ABP LIVE Bengali over zoom call, Virat said, “Well, last time the experience was like, the first session is the nicest to bat when the sun is out and the ball doesn’t do as much.

But when it starts to get dark especially during the twilight period, it gets very tricky. The light changes. It becomes difficult to sight the ball. And then under light is like playing the first session in the morning you know in a normal test match the ball does tend to swing a lot. So I think it’s a reversal of roles and something you need to adjust to quite quickly as a batsman.”

Virat believes that a batsman is never set in test matches played under lights. “Even though you might be quite set in the afternoon, you have to really take guard again and start from the scratch in the evening. And understand that you probably have to be more disciplined than you were in the day when things were probably easier with the bat. So these are the major differences,” Virat said ABP LIVE Bengali from Ahmedabad.

The Indian team skipper said that the bowlers have to do adjustments as well, just like the batsmen. Virat said, “Similarly with the bowlers. The plan in the afternoon was to bowl a nice and consistent line and length, and then in the evening when the situation allowed us to, we attacked a lot more. So I think the same kind of template will be useful in this game as well. And these are the few differences from the normal test scenario that we experienced.”