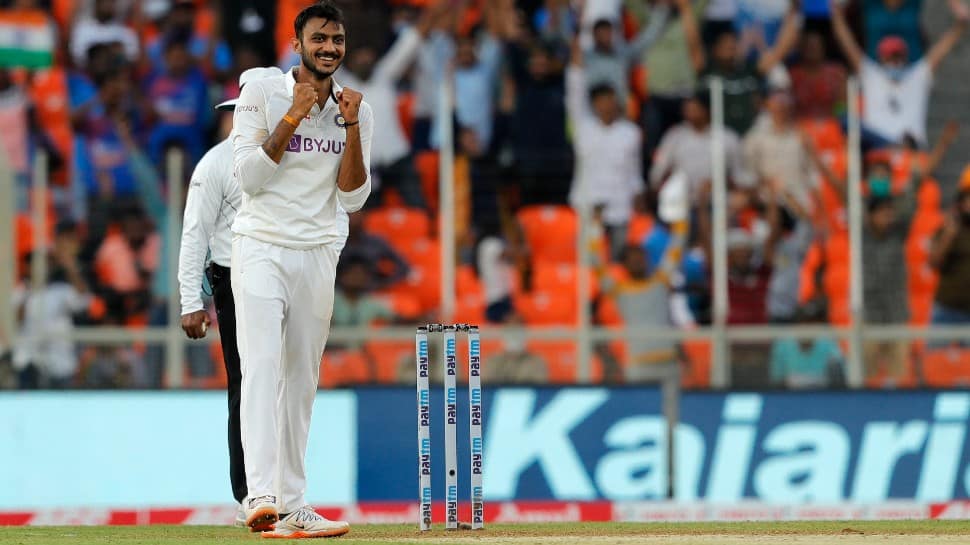 Local lad Axar Patel had a brilliant day in the world’s biggest cricket stadium as his efforts helped India finish Day 1 of the ongoing day-night Test against England in Motera, Ahmedabad on top. The 27-year-old completed his second five-wicket-haul in as many Tests as the visitors were bulldozed for 112. Axar eventually went on to complete the innings with six wickets and conceded just 38 runs from 21.4 overs.

Meanwhile, in response to England’s first inning total, the hosts are batting on 99/3 with opener Rohit Sharma and Ajinkya Rahane present at the crease. The duo will kick-off the action when play resumes on Thursday.

The action in Motera started with England skipper Joe Root winning the toss and deciding to bat first. However, his decision soon backfired as Ishant Sharma, who was playing his 100 Test, provided the hosts with an early breakthrough in the form Dom Sibley.

Moment of the day

Axar, who was introduced in the sixth over of the day, didn’t take much time to leave an impact in the game as he removed Jonny Bairstow in his first delivery of the match. The spinner found great support from his senior partner R Ashwin, who equally exploited the turn the Motera track offered on the opening day.

After Bairstow’s dismissal, England skipper along with opener Zak Crawley tried to get things back in order as the pair added 53 runs for the third-wicket. However, Root’s innings was soon cut short after the 50-run stand as he was trapped LBW by Ashwin on 17.

In response to England’s total, the Indian opening pair of Rohit Sharma and Shubman Gill started off on a slow note and tried to maintain a cautious approach. The pair added 33 runs for the first wicket, before Gill was removed by Archer as the youngster got a thick outside edge while trying to guide the ball towards the on-side.

England then went on to dismiss India’s Test specialist Cheteshwar Pujara in the consecutive over by Jack Leach but following his departure, skipper Virat Kohli along with Rohit made sure the hosts don’t lose any more wickets.

The pair then added 64 runs for the third wicket and during the course of the partnership, Rohit went on to complete his 12th Test half-cenyury. Kohli’s innings was finally cut short in the final over of the day by Leach on 27, making him his second victim of the day.

Rahane then joined Rohit in the middle and are still unbeaten at the crease. Rohit is currently batting on 57 from 82 balls, while Rahane is batting on 1 and the pair would look to help India gain their dominance in the contest.

Facebook
Twitter
WhatsApp
Linkedin
Previous articleHyundai Announces Launch Of Alcazar SUV, Set To Be Its Next 7-Seater Rivalling Hector Plus & Safari
Next articleCovid Vaccination Drive, Phase 2: How To Register Yourself To Get Coronavirus Jabs From Monday – All You Need To Know